Coins 101: All About The Morgan Dollar 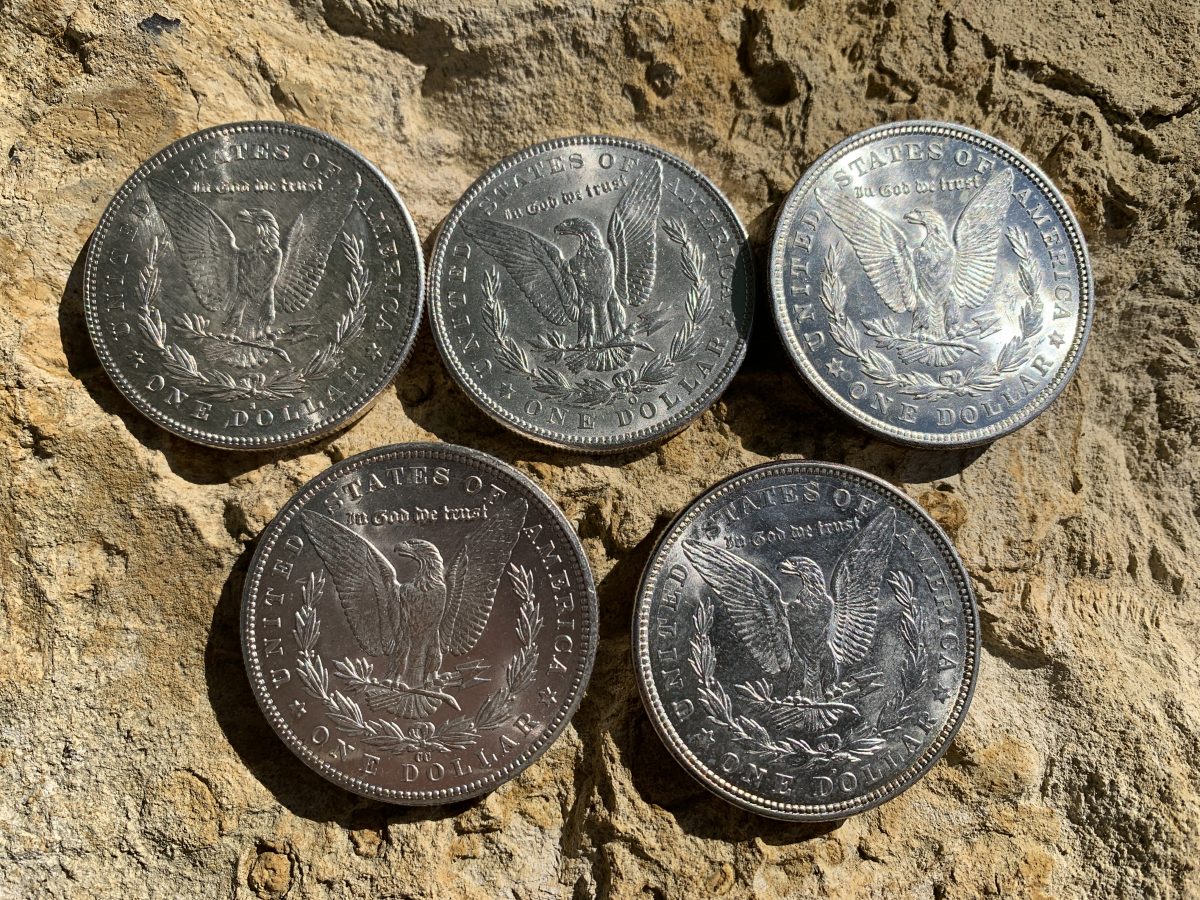 Morgan Dollars were minted every year starting in 1878 and ending temporarily in 1904. The mintage of the Morgan Dollar returned for a final run in 1921. The earlier minted Morgan Dollars would sport Mint Marks from the Philadelphia, New Orleans, Carson City, and San Francisco mints. The 1921 Morgan Dollars however, would begin production at the Denver mint. Proof-like coins, which are coins with mirror-like surfaces, would be sprinkled about for the duration of its production years, which today demand higher premiums from serious collectors. Though Morgan Dollars were typically minted in large quantities, there are some dates with significantly lower mintages, as well as dates that saw heavy circulation, thereby making them conditional rarities today. 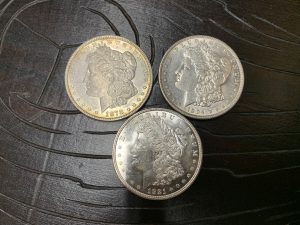 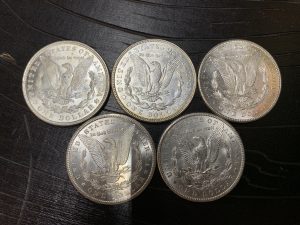 During its Tenure as the US Silver dollar, the Morgan dollar saw a number of variations to its design. In its early years, the coin saw several modifications to the number of tail feathers on the eagle portrayed on the reverse. During its final production year in 1921, a completely new design was used to produce Morgan Dollars. The coin saw its highest mintage of all that year, with a total of 86,730,000 coins produced.

Although coin mintage is often used to determine rarity, the number of Morgan Dollars minted alone does not solely determine value. This is because some issues that were made in higher quantities were largely impacted by melting, therefore their survival rates dropped. Similarly, some issues that were minted in smaller numbers would be preserved in hoards and not see circulation until years later. Naturally, when these hoards of Morgan Dollars were eventually released, supply increased, and their rarity would take a hit.

As far as the Key Date for the Morgan Dollar series, the famed 1893-S holds the crown. Touting the lowest mintage of any circulation strike coin at 100,000 pieces, with no significant hoards ever surfacing, the 1893-S now commands a premium above all other Morgan Dollars in any grade. The 1889-CC Morgan Dollar takes a seat in second place due to a relatively lower mintage, but there were also almost no 1889-CC Morgan Dollars released in the GSA Sales.

To achieve a complete basic set of Morgan Dollars by date and mint mark would be a 97 coin task, and should be noted as quite an accomplishment. Below are the Dates, mint marks, and mintages of all the circulation strike Morgan Dollars.

We invite you to check out all of our Morgan Dollar listings including our Pre 1921 Morgans in grade range from Cull to BU and even our Certified Examples.  We also have our 1921 Morgan Silver Dollars from Cull up to BU in lots from as small as one coin lot up to 500 coin lots.