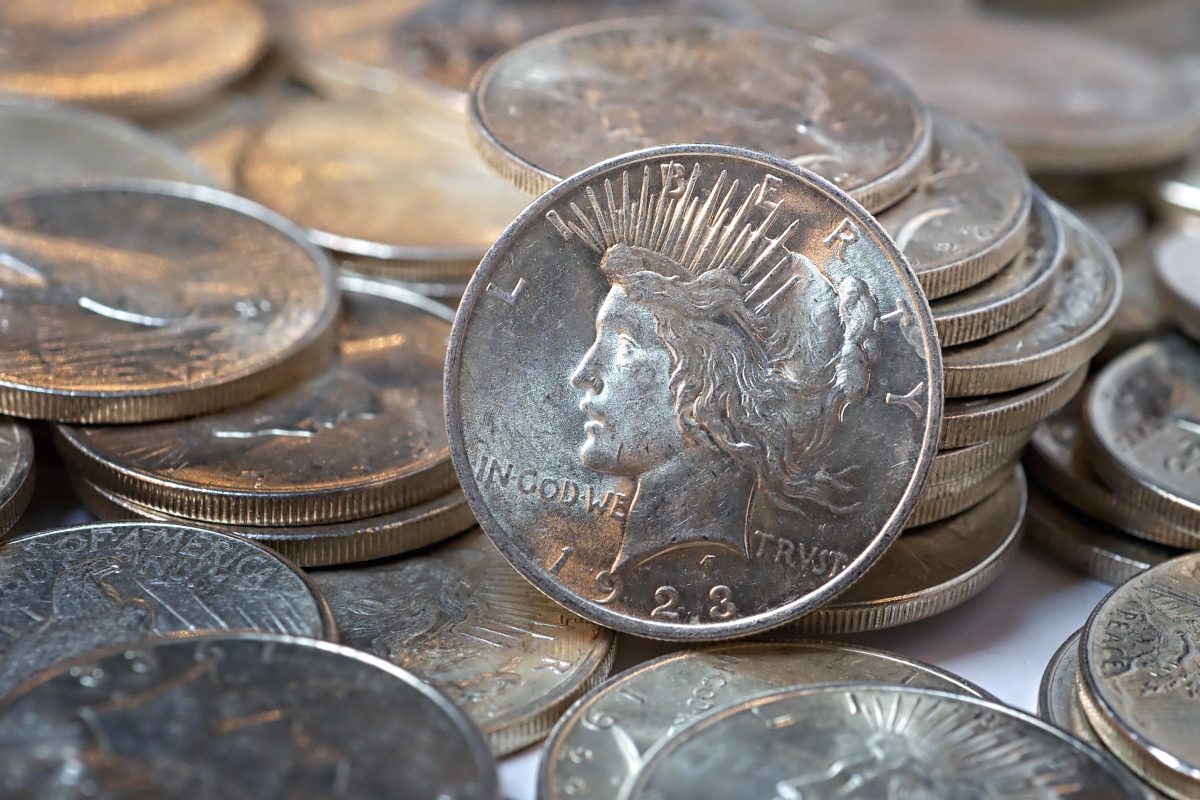 All About the Silver Peace Dollar

The Peace Dollar is a United States minted silver dollar with mintage dates of 1921 through 1928, 1934 and 1935.  The Silver Peace dollar is the US Coin design that was released following the Silver Morgan Dollar and is also the last Silver dollar that the United States Mint had intended for circulation.

The United States Minted Peace Dollar was designed by Anthony de Francisci. His role was decided when he won a design contest as an independent artist who had never designed a coin before.  He used a picture of his wife Teresa de Francisci as the inspiration for his design, which was well received and earned his winning title as the designer of the coin.   The obverse displays the head and neck of the Goddess of Liberty bearing a spiked.  The reverse depicts the commonly used bald eagle, but rather than standing with its wings outstretched, it is perched atop a mountain.

On December 28th, 1921 the first Peace Dollar was minted at the Philadelphia Mint with a mintage of just over one million pieces.    1921 is the only year of the Peace Dollar that was minted as a high relief coin.

They continued to strike the Peace Dollar until production temporarily ceased in 1928.  Production began again in 1934 with its mintage in 1935. In 1965 the Denver Mint minted 316,000 Peace Dollars dated 1964 that were never issued and were all to have been melted.  There are rumors that some may have made it out of the mint without being melted, which would make for an exciting discovery.

The Silver Peace Dollar is still an American Treasure and can be found in nearly every condition from Cull, Circulated, AU, BU, and higher graded examples.  We always stock every flavor and are proud to be one of the largest dealers of Peace Dollar in America.  We are actively buying and selling both Morgan Dollars and Peace Dollars.  We are always here to answer any of your questions you may have.  We look forward to making a long lasting relationship together.