Why Grade Coins? What is Grading? Coins 101 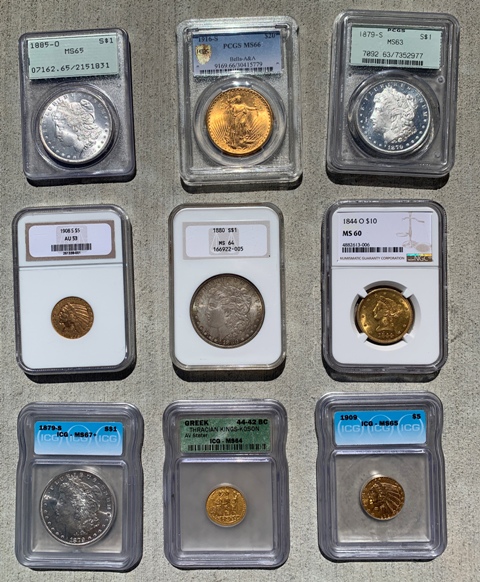 Today we want to dive into the subject of coin grading including reasons why people grade coins, as well as introducing a few of the grading services and what they have to offer. Phoenix Gold has been buying, selling and submitting coins for grading for many years.  The top three grading services that we prefer and have grown to trust are Professional Coin Grading Service (PCGS) , Numismatic Guaranty Corporation (NGC), and Independent Coin Graders (ICG).   In this article we help to answer the common question of “Why Grade Coins?”

What is coin grading?

Wikipedia Describes Coin Grading as:  The process of determining the grade or condition of a coin, one of the key factors in determining its value.  A coin’s grade is generally determined by five criteria: strike, preservation, luster, color, and attractiveness.

When assigning a grade to a coin, the three major grading services (PCGS, NGC, and ICG) all use the Sheldon Coin Grading Scale of 1 to 70.  One is the lowest grade all the way up to a perfect MS70.  Over the years there have been some small modifications such as the * designation and more recently the + or half grades.

All coin grading is subjective because it is based on an opinion, but is widely accepted being as it is the opinions of a panel of independent, well-respected experts in the field of numismatics.

What are the benefits of getting a coin graded?

Making the decision to submit a coin for grading is something that should be carefully considered since not all coins are fit for grading or worth the fees to be graded.  A good rule of thumb is that when a coin is worth less than or close to the grading fee, then it should not be graded.  In this instance however, you may choose to have a coin graded if you would like it to be authenticated for personal or sentimental reasons, or if you would like it in a slab for protection. If the grade of a coin has a significant impact on the value of the coin, then it would be best to have it graded so that you may maximize the value of the coin when selling. Ultimately, when deciding if a coin should be graded, it is important to determine the desired end result in doing so, whether it is for authentication purposes, determining condition with a grade, or protection for your investment or sentimental keepsake.

Who are the top three grading services?

Selecting the right grading service for you isn’t always easy.  Much like choosing the right car, or choosing a doctor to look after your family, you need to choose what works best for you and your coins.  Here is a breakdown of some of the benefits of our top three grading services we spoke about.

Professional Coin Grading Service is one of the top grading services in the industry because of their attention to detail and consistency. PCGS coins can generally fetch the highest premiums when sold.  PCGS has had many recent changes since becoming a publicly traded company with a lot of new faces at their helm.  They grade US coins, World coins, and modern coins.  They have recently been doing more custom tags and custom frame holders for their modern coin programs which many of the younger collectors have shown an interest in.  They have a price guide, coin verification system, and offer photo service with their submission.

Some of the downfalls that I have experienced are that they are catering to the larger companies and coin dealers first and may not be the best place for a hobbyist or coin collector to start off at.  It is also a good rule of thumb to check on turnaround times before you do send in a submission because often they run behind and cannot meet their stated turnaround times. PCGS also requires a paid membership to submit coins with them. 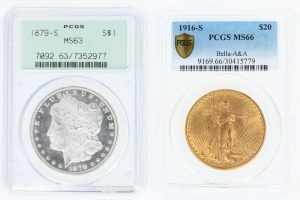 NGC is also one of the top 3 grading companies. They have been around since 1987 and have been growing ever since.  They are primarily located in Sarasota, Florida with other locations all over the world.  They also boast that their grades bring the highest premiums in the market.  NGC has been on top of the modern coin game with many different holders, and a nearly unlimited amount of custom and signature tags.  They offer a price guide, coin verification system, photo service, and a conservation service as well.

While they also require a yearly paid membership to submit with them,  they do give you some free grading coupons to offset the cost.  They grade US, World, modern, and ancient coins.  They are the official grading service of the Smithsonian.

The only downfall I can think of is the yearly membership, and their turnaround times do vary depending on the time of year.  You can speak to a customer service representative, but you are not allowed to speak to a grader when you call. 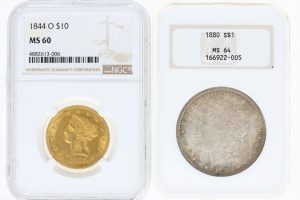 ICG is one the top 3 grading services we utilize for a number of reasons.  We like them because they have the best customer service that we have seen, hands down.  Although their coins do not often grasp the highest premiums as compared to PCGS or NGC, they still are very accurately graded coins and have a very loyal presence in the coin collecting industry.  They do not charge a yearly membership and anyone can submit coins and get a coin graded, making them a great place to get your collection graded.  Their pricing is the best and their turnaround times often are less than promised on the submission form.  You also have the option to speak to a grader about your submission, including Randy Campbell, who is recognized as one of the best known Morgan Dollar Experts.

They have a pop report, coin verification system, and they do offer conservation as well as a photo service that comes with a flash drive.

The only downfall that I can see is that they are commonly ranked just below the two big boys, NGC and PCGS.  In that regard, they have always had an uphill battle in marketing and positioning themselves in the market due to the influential presence of both NGC and PCGS in the world of numismatics. 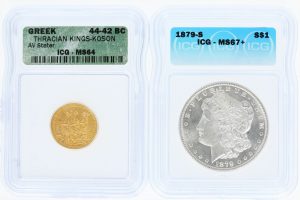 Please feel free to let us know your experiences in the comments.